Java is a programming language which generally classes based, object-oriented and use to have a dependency. The popularity of java language is related to GitHub, a client-server web application and the key behind this web is threading java program. The most successful threading version is  multithreading in java the give the flexibility of multiprocessor and multitasking. The concept of multithreading is very popular among programmers.

Thread is defined as a lightweight process to execute programs that run on the CPU. It can be called the unit of execution task in CPU. To maintain and carry out the task at one thread is must be needed. There are multiple threads can be used under a single process to work parallelly by sharing information. In a brief, it is a single sequential flow of control within a program.

The system is used to handle simultaneous processes. It is the smallest independent unit of a program. There are different types of treading process such as single treading and multithreading. For example, an operating system, java web browser.

To execute any kind of task in computer treading process is required which complete task by the core of the central processing unit in a computer. Java also has a treading system that creates the structure to carry on task until it is finished. Treading in java allows efficiently utilizing the processing unit. Generally, in java program by default, at least one thread is always there and it is called the main thread.

Main tread it the skeleton structure of the process and it can be divided into various treads which are called multi threads and the process is called multithreading. In a single java treading system, the CPU is used completely to process that particular thing and not other programs can be run on it. This is a sequential way to execute the task using the available data.

Threading process consists of a pathway which includes several stages. The individual stage can be operated in a particular time not all are at once. The states are given below with their functions.

In java, it is a feature that allows completing different parts of the program for efficiently use of CPU and reduce the time of processing. Java program consists of several parts and it is possible to run all of them at the same time and this multi-thread engagement in the same platform but independent in their nature and function, the theme is known to be multithreading.

As we know multithreading allows to maintain and complete various parts of a program at once. It helps to exploit the capacity of the computer CPU. There are several benefits to this process which is given below.

The reason for multithreading is to run two or more programs equivalently at the same time.

Creating a thread in java

Threads are implemented in the form of objects. For the implementation of thread to intergrade methods are used which are run() and start(). The run() method is the key to all treads. It makes the whole structure of a thread body. This run() method can be initialized with the help of the start method. There are two ways to create a thread.

Every thread has a priority. It plays a vital role in processing the system.

Daemon threads are a helping tread that assists to performer threads to execute the program completely. Assistant daemon thread it presents when the working is going on. After completing the task, the thread moves away from the place. They are also called the background of the threading system. It is a common feature in java virtual machine (JVM).

Objectives of the daemon threads

In this modern era, the software revolution is changing the functional and user experience of computer and other devices. Java is one of the renowned programming languages out there that enable to give application threading system. In the threading process, main thread in by default present on the other hand multithreading is a unique feature in java that helps in multitasking.

Using multithreading application running, processing time and expenses reduced a lot. With the help of this function in java, the application is becoming user friendly and easier to maintain. In conclusion, it can be said that multithreading is a breakthrough in java program coding. Those who are tech lovers can make something new with this feature. 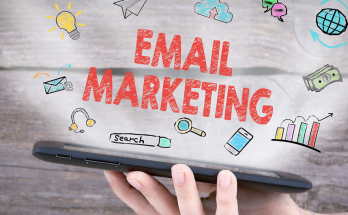