Have you recently switched from  to Macbook? If yes, then it would definitely be challenging and time-consuming for you to learn the basic functions of the Macbook as it has a high-end and unique user interface. On Apple’s laptop, something as basic as how to force quit on a Mac may seem nearly impossible. The reason is, in MacBook, any application that you run adds to the launchpad. As a result, in the event that there is more than one user of a MacBook, the other users will be able to view what apps you have used?

Apart from this, the basic MacBook function “force quit” is also useful in situations where the application in question is not responding. For instance, while browsing, if the default browser on Mac hangs, the force quit option will allow you to open it again.

Today, we present to you a brief MacBook guide on how to force quit on Mac? In this reading, you will come across various different methods to fix an unresponsive application on MacBook. So, without taking your precious time at work, let’s get started:

How to force quit on Mac?

#Method 1: How to force quit on mac directly?

Let’s suppose you are using the Safari browser, and it sticks. While the browser has stuck for minutes, you will only be able to see the cursor moving. Apart from the cursor, no feature will work properly. In simple words, the app will not respond to your actions. To resolve this, use the following instructions, which will allow you to force quit on mac: 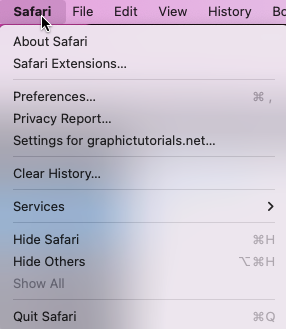 #Method 2: How to force quit application on mac?

In the first method, you learned how to force quit on a Mac without losing data. However, this method is a lot different. Let’s suppose you are using an application that saves data to your hard drive. But, if the application gets stuck, as a consequence, the data will neither save to your device nor delete because the app is unresponsive. Further ahead, such data saves to the device in the form of corrupt files that do not do any good to your MacBook.

Hence, it is best to force quit such applications because, practically, data has already been lost. So, here is how to do it:

Once done, to see if the application is working now, restart it.

#Method 3: How to force quit multiple applications on mac?

When you have a MacBook model with no upgraded software, you may notice that your MacBook is unable to handle more than one application running at a time. In this case, you may have to deal with the constant unresponsiveness of applications running in front and the background. What to do? The best thing to do in such a situation is close, or force quit all the applications altogether. Here is how to do it:

In this way, you can preserve time and avoid closing or forcing quit all applications one by one.

How to force quit on Windows?

Following is a stepwise guide on how to force quit on Windows:

Similarly, in the event that you want to close all applications, select multiple apps in the task manager. Then, click on the “end task” alternative.

Bonus Method: To force quit any program on Windows, select the program tab and use the shortcut key combination – Alt + F4.

Is it safe to quit (end task) on a laptop?

The key to this question (?) mainly depends on the situation of the user. For example, Apple often recommends the user to force quit any program only if it is unresponsive. One of the major reasons why it is good to force quit on a Mac when an application is unresponsive is because if any program is not responding, it uses more than enough battery life.

As a result, in the event that you do not force quit an app that is not responding, your MacBook battery will drain quickly.

On the contrary, in the event that you force-quit applications or programs on MacBook for any other distinct reason, it is not a good idea. The reason is when you force quit a program on a MacBook. It causes data damage. For example, if you are in the middle of a task and you quit the app, such data will remain unsaved.

Further ahead, if you keep using the “force quit” alternative without any program, it will result in saving corruption files in your system. As a result, a lot of junk files will be saved. Thus, causing your MacBook to function slower.

So, we strongly recommend our readers only consider the force quit option as a rescue when the program is not responding.

How to force quit on mac not working? What to do?

Cannot see the force quit option when you click on the apple logo? It may be feasible that your MacBook is acting funny because you have not upgraded in a while. Hence, it is common and logical to ask why force quit on mac is not working. Well! Don’t worry! If the force quit option is not showing or working on your PC, the following solutions will help you:

One of the easiest ways to deal with MacBook’s force quit option not working is to upgrade your MacBook software. Sometimes, previous software that is functioning on your MacBook currently may cause bugs in the user interface. As a result, you will discover that not all options in MacBook are working normally. To resolve this, update software. Here is how to do it:

Please ensure that your MacBook is at least 80% charged. Otherwise, the update will fail, and you will receive a warning. If your MacBook is not charged, please connect it to the Apple charger.

Note: Switch to the CPU Tab in order to view the force quit option in Activity Monitor.

While you are dealing with the force quit option not working on Mac, you may begin to feel frustrated because other apps also may not respond. To resolve this quickly, please restart your MacBook. This will give your hard disk a fresh restart. It will also keep your system protected from corrupted and broken files.

Other than MacBook, this solution will also work for Windows PC if the task manager is not working properly.

Want to know more about Apple’s devices’ user interface, tips and tricks? Bookmark us and get new updates on your device every day. Please note that if applications and programs on your MacBook keep hanging or remain unresponsive for a long time, contact Apple Support. Look out for symptoms of motherboard damage to avoid heavy repairing fees in the future. Good luck!

6 Reasons Why Good Web Design Is Important For Your Business

How To Get The Best Visibility On Your Website

The Dangers of Concussion and How to Protect Yourself

6 Reasons Why Good Web Design Is Important For Your Business

Installing Your Own Vinyl Vehicle Graphics

Top Cryptocurrencies That Have Performed Well In 2022

How To Get The Best Visibility On Your Website

How to Analyze the Best Odds for the NBA Playoffs